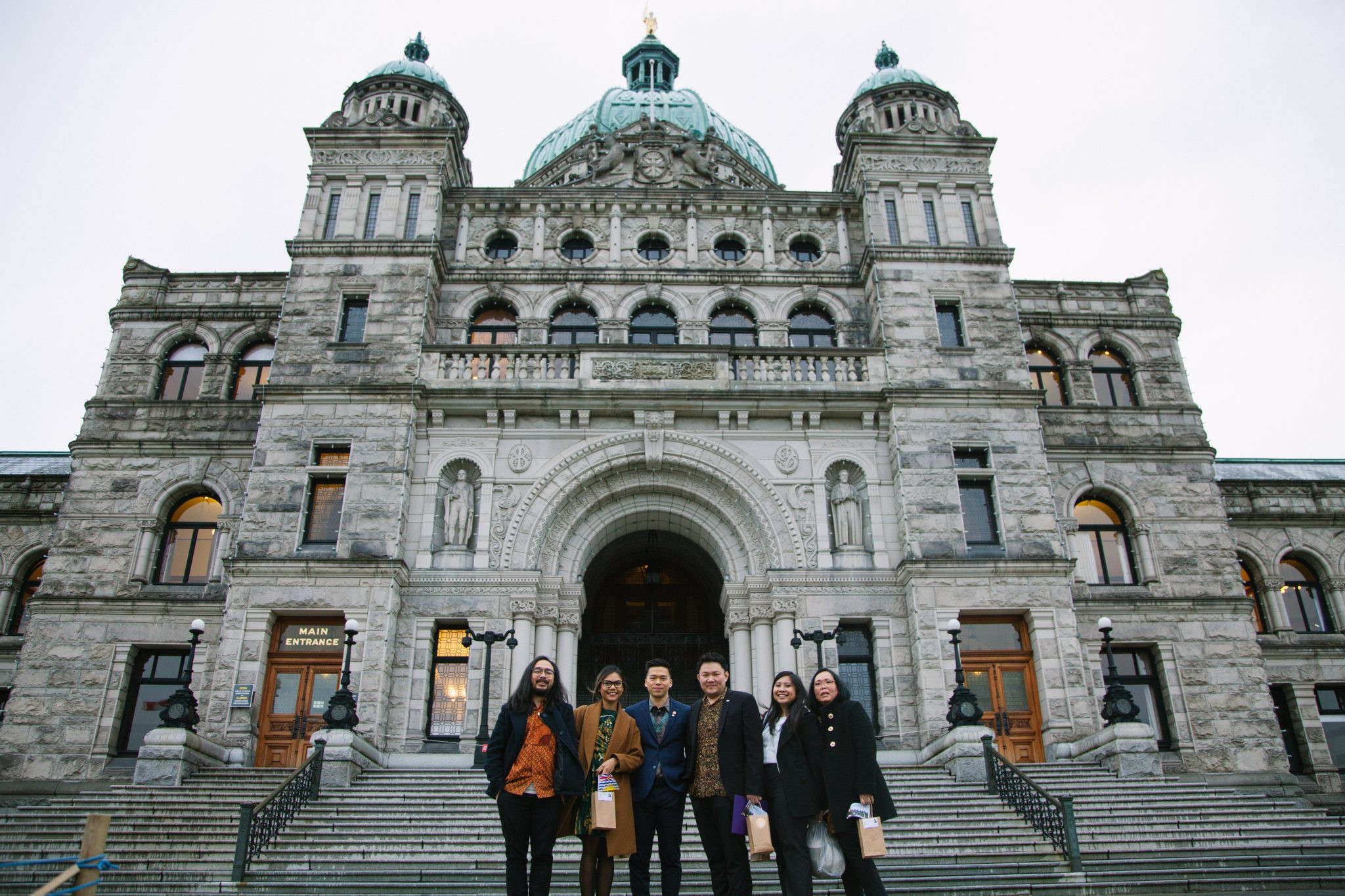 On Wednesday March 8, PERMAI BC was invited by members of the BC Parliament to visit the BC Parliament building in Victoria and witness the Legislative Assembly of British Columbia during the 2017 spring session of the 40th Parliament. As a growing minority group organization in Vancouver, we are excited to finally be recognized by the BC legislative as an established visible minority community organization in BC.

After catching the ferry from Tsawwassen terminal to Victoria, PERMAI BC members went straight to the BC Parliament building where the Burnaby-Lougheed Member of Legislative Assembly (MLA) greeted us. There, we were taken to the arty gallery where we had the once in a lifetime opportunity to witness the democratic process and debates of BC’s Members of the Legislative Assembly. Afterwards, we were formally introduced to other BC MLAs in the legislative assembly as an established visible minority community organization in BC. In fact, PERMAI BC is now listed in the BC government’s website as one of the visible minority groups in BC, something that our members can be proud of.

The invitation to BC Parliament not only reinforces the presence of the growing Indonesian community in BC as represented by PERMAI but is also to way to foster a strong relationship between the government and the Indonesian community in BC. Not only does a close relationship with the government and our MLAs ensure that we get maximum benefits from the people who represent us in parliament, it also opens doors for many future opportunities that will later on prove beneficial for our members. Even just from our short meeting alone, we have been presented by two possible job offers in parliament from the MLAs we met in Victoria!

The visit to BC Parliament was also a great learning experience for PERMAI. Not only did we have a chance to share a little bit about PERMAI BC and our mission to the BC MLAs, we also have the chance to learn more about government and the importance of voter participation. Many MLAs that we met talked about their expectations from immigrant groups who have largely benefitted from the services provided by the government but have done very little to participate and support the government. They encourage communities, like ours, to vote and actively participate in civil society. Even those who are not eligible to vote can still be active members of the community.

All in all, PERMAI BC’s visit to BC Parliament was not only an eye-opening experience but also the beginning of a strengthening relationship between the BC government and the Indonesian community. By inviting us to Parliament, it shows that the BC government is willing to continue working together with PERMAI and willing to acknowledge that the Indonesian community is a visible and growing minority group in BC.

Copyright 2020 PERMAI BC © All Rights Reserved